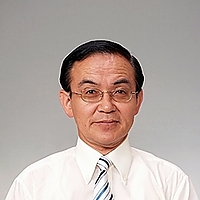 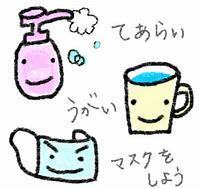 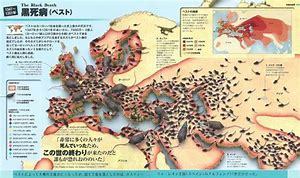 How the Black Death Changed England
In 1347, as Italian merchants made their way back from the Crimean Peninsula on the Black Sea, rats aboard their ships slipped out into the port cities along the Mediterranean. The devastating plague the animals carried, known today as the Black Death, ravaged Europe for the next five years. In England alone, historians estimate that up to 40 percent of the population of about six million people perished as a result. Even after the initial outbreak, periodic waves of the plague continued to decimate communities, wiping out any population growth for more than 100 years.
Many historians view the pandemic as a catalyst for the end of England's feudal society, in which most land―the chief signifier of wealth―was owned by a powerful ruling class that included kings, nobility, the church, and the rural aristocracy. Under this feudal system, peasant laborers were allowed to live on and cultivate land but had virtually no political or economic power. They were forced to cede a large percentage of their harvest to the landowners. This, along with onerous taxes imposed by the king, kept laborers trapped in subsistence poverty.


As the Black Death swept across the country, however, it evened the playing field, striking down rich and poor alike.
It devastated entire towns, families, and religious institutions, and left in its wake vast amounts of untended land.
As the agricultural labor pool diminished, surviving landowners found themselves competing for the labor of peasants, who began to demand cash wages and better working conditions.
Many rural workers abandoned their agrarian lifestyles to roam the land as hired hands, offering their services to the highest bidder.
Still others improved their standard of living by taking up skilled labor in urban areas.
In England, wages rose between 12 percent and 28 percent in the first few post-plague years.
By the 1360s, they were up 40 percent, sometimes spiking higher at peak harvest season.
According to historian David Routt, "A recalcitrant peasantry, diminished dues and services, and climbing wages undermined the material foundation of the noble lifestyle, jostled the aristocratic sense of proper social hierarchy, arid invited a response."

Indeed, a response followed. In an attempt to maintain the pre-plague status quo and contain rising wages, members of the elite class resorted to coercion.
Peasants were kept in their place―literally and figuratively―by a statute that confined them to their landowners' holdings and prohibited wage increases.
Additionally, exorbitant fees were demanded in exchange for freedom.
In other cases, rural lords focused less on maintaining control of peasants and more on adapting to changing circumstances.
Some landowners, for example, shifted to industries that depended less on labor, such as sheep and cattle grazing.
Sales of raw wool burgeoned into a full-fledged textile industry, setting the stage for the industrial revolution.

Peasant women, widowed or orphaned by the plague in astounding numbers, also experienced new levels of wealth and independence.
Before the plague, they had enjoyed equality of function, if not status; they were able to farm land, and they made up a large portion of the workforce in trades such as spinning and textiles.
Thus, they naturally shared in the rise in wages that followed the plague.
Because skilled labor was in short supply, they were also able to find employment as smiths and carpenters jobs that had traditionally been reserved for men.

Noblewomen, however, did not gain the same degree of independence.
After the plague tore through England, there were many unskilled and unprepared female orphans left with estates of considerable value.
They quickly became the target of unscrupulous suitors who sought access to their rich dowries. Marriage rates soared.
Predatory exploitation of wealthy orphans was so widespread,
in fact, that authorities introduced laws requiring a relative's consent for a female orphan to marry.

Some historians even attribute the rise of the English language to the Black Death.
For three centuries, English had been relegated to commoners, while the clergy spoke Latin, and the ruling classes mostly used French.
When the plague hit, the sick typically sought out the clergy for spiritual guidance, and often infected them in the process.
Church leaders began to induct laymen to top up their shrinking numbers.
As these new priests were drawn from the mostly illiterate masses, the church was forced to conduct business in the language of the people.

As the peasant class gained power and influence in society, the use of their language became more prevalent, and in 1362 English replaced French as the official language of England.
The Black Death had changed the country forever: a society that had been strictly divided into three distinct groups―the nobility, the clergy, and the peasants―was turned on its head, opening the way for the enormous social, religious, and political changes that followed.